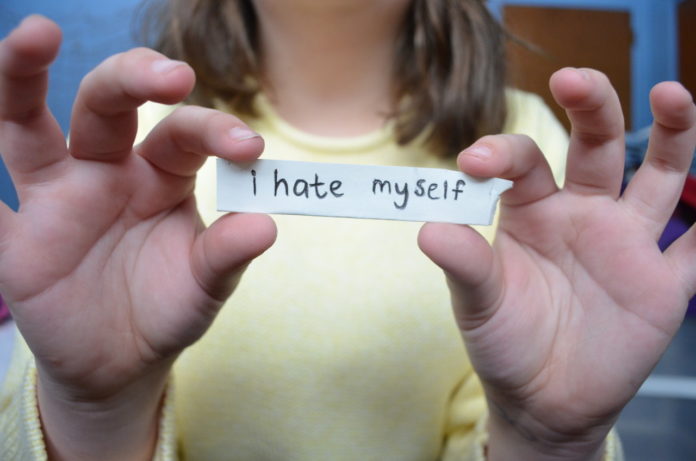 For most people, the old adage “you are your own worst enemy” is all too true, and “I hate myself” is a common and recurring personal anthem. It’s a harsh and painful reality that our own feelings of self-hatred and unworthiness place unnecessary and imagined limits on our lives.

But where do self-hatred and the other disparaging feelings come from? How significant is their influence on us? Can we release ourselves from them and live free of the harshness of our inner critics?

The most frequent self-critical thought people have is “You’re different from everybody else.” Most people perceive themselves as different in a negative sense, not in a special or positive way. Even people who appear well-liked in their social circles and otherwise seem well-adjusted have deep-rooted feelings of being a fake or an outsider.

Such feelings about ourselves are common because every person is conflicted between their “true self”—that part of us that’s life-affirming, goal-directed, and self-accepting, , and an “anti-self”—an internal enemy that’s suspicious, paranoid, cynical, and self-hating. The anti-self expresses itself in our inner critic, that constant internal negative commentary on our lives. It influences how we feel about ourselves and how we behave.

It may seem bizarre that we view ourselves this way.  But all of us have this inner critic. The thought patterns are so ingrained that some of us barely notice it. Instead of recognizing it for the hurtful and harmful enemy it is, we accept the critic’s voice as our genuine perceptions and we believe the lies it tells about us.

Sadly, “I hate myself” is a common inner mantra that many people struggle with. Such thoughts generally have their origins in negative experiences in our early lives. The way we perceive ourselves is shaped by the way were viewed when growing up, along with the attitudes directed toward us during that time. Harmful views by our parents or other significant caregivers become internalized and form our self-image. Just as parent’s positive attitudes toward us may lead to confidence and self-esteem, criticism and resentment promote the opposite.

When you listen to your inner critic, you empower it. You may even start projecting its critical thoughts onto others. You risk starting to see the world through its negative filter. Suspicious and paranoid thoughts can even enter in, as you question and criticize people who perceive you differently from the way your inner critic views us.

To end your cycle of self-hatred, and to live free from imagined limitations, you must challenge your inner critic and learn to overcome it. Here is a four-step process you can follow.1. Break free of your internalized destructive attitudes and thoughts toward yourself. To help identify and challenge your inner critic and develop insight into the sources of your critical thoughts, answer to the negative attacks with a compassionate and more realistic point of view toward yourself. Challenge the destructive behaviors that your inner critic encourages you to engage in.

If you continue challenging this internal enemy, it will become weaker and weaker. Then you can completely free yourself from your former feelings of self-hatred, and begin living the most fulfilling existence possible.

Learn to Know How Worth It You Are!

Increasing Your Self Esteem for a Happier Life

How to Stop Emotional Vampires from Draining Your Energy